Diagnosing DASH: A Morphological Catalog for the COSMOS-DASH Survey 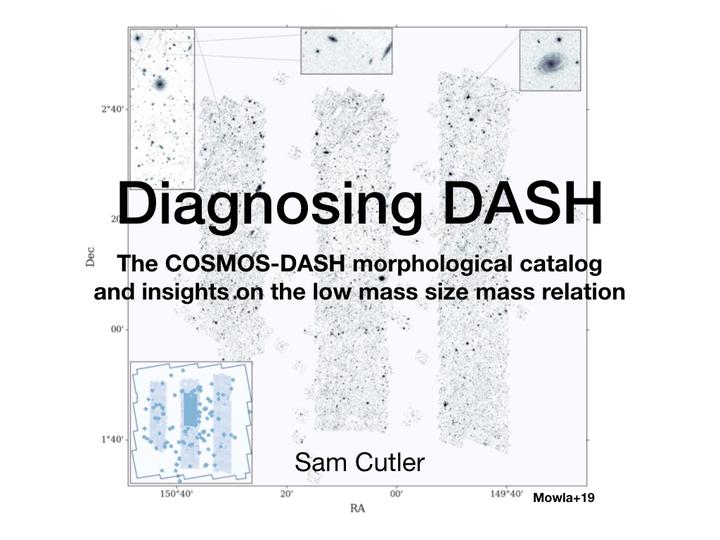 COSMOS-DASH is a 0.5 square degree survey of the COSMOS field, obtained utilizing the novel “Drift And SHift” (DASH) observing technique for HST-WFC3 imaging. While DASH observations are significantly more efficient than standard HST imaging, they also are shallower and have an unusual data reduction, both of which may impact morphology measurements for fainter galaxies. In this talk I will present the F160W morphological catalog for for 51,534 galaxies in the COSMOS-DASH survey. Using morphological measurements from GALFIT, we recover consistent results with those from the deeper 3D-HST morphological catalogs out to z=2 and logM~10. I will also discuss the parameter space where morphological fits of DASH galaxies are robustly recovered. At logM<10.5, we find a flattening of the quiescent size-mass relation, implying the sizes of low mass quiescent galaxies are more similar to star-forming galaxies with a similar redshift and mass. Trends with axis-ratio and environment also suggest that low mass galaxies that quench in low density environments may retain morphologies comparable to similar mass star-forming galaxies.